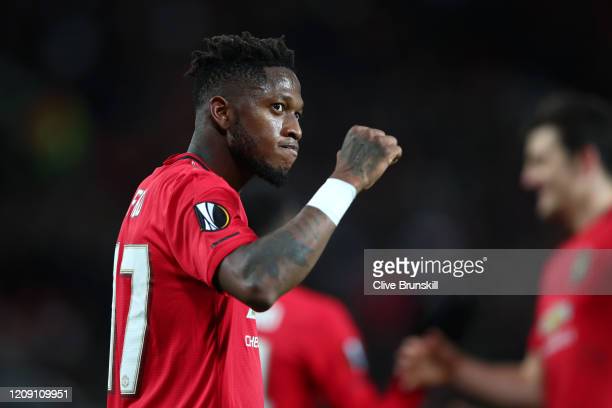 Manchester United added another entry to the long list of frustrating draws under Ole Gunnar Solskjaer with an uninspiring stalemate against Southampton. After a match in which United showed a recurring inability to swiftly move the ball through the thirds, a contentious topic online was the on-ball contributions of 28-year-old midfielder Fred, particularly his giveaways in possession. The summary of my own thoughts about Fred upon first watch was the following:

After deciding to re-watch the game and re-evaluate Fred’s performance altogether, I stand by the first point, but I overstated the extent to which he was actually involved in United’s buildup from deep and thus how much worse it made him look, and also jumped the gun in assuming that Fred’s substitution directly caused United’s struggles late in the match.

To explain further, I compiled notable clips from his performance against Southampton and walked through them below.

United’s first-choice midfield duo typically sees Fred deployed alongside academy graduate Scott McTominay. McTominay is a mobile ball-winner whose risk-averse approach in possession means that Fred becomes responsible for most of the ball progression output from midfield. In this particular match, McTominay was rested (possibly due to injury) for Nemanja Matic, a player whose possession game is more expansive, but a massive part of Fred’s role against Southampton was to beat their high press with quick and expansive passing.

Fred’s willingness to attempt line-breaking passes in tight spaces with as few as one or two touches led to positive attacking situations for United. The following clip shows six line-breaking passes played by Fred that either broke Southampton’s press or found teammates in the final third:

Even before his own goal (which was an extremely unlucky deflection), Fred plays a well-weighted ball out of pressure to Fernandes, whose lack of options after receiving, combined with a contentious challenge from Jack Stephens, lead to losing the ball:

After the half, Fred also showed his ability to find runners in behind the opposition defence, playing an excellent ball over the top to Anthony Martial:

Lastly, creative passing is not a weekly expectation of Fred’s game, but this weak-footed shot assist for Greenwood was excellent:

United struggled throughout the match in buildup, with a series of worryingly disastrous sequences that may warrant an article of their own. I expected that Fred’s wastefulness in possession this match was caused by these issues in buildup, given how often the two have been related in the past, but after re-watching the match and breaking down his involvement play-by-play, there were only two notable situations in which Fred was placed under undue pressure in buildup, and he dealt with both reasonably well:

In this case, for some reason, Fred and Matic both run to the same area to receive from David de Gea at the edge of the 18-yard-box, leaving Fred with only Victor Lindelof as an option once the ball comes his way. Fred responds by playing an accurate first-time ball to Lindelof, who has no clear options and gives the ball away:

The other situation involved having to control a wild ball from de Gea in the most dangerous area of the pitch with two Southampton players pressing him. Fred shields the ball well enough after initially failing to gain control and wins the foul:

Note that the fact Fred wasn’t the main victim of United’s buildup play in this particular match does not mean that he played easier passes throughout the match than the rest of United’s defenders and midfielders. It simply means that he played most of his difficult passes either after the buildup phase or in transition.

Relative to his ball progression and chance creation output, Fred loses the ball more than the best midfielders in the game. His erratic technique often leads to loose touches and passes that are difficult to control, easy to intercept or dispossess, or simply completely off the mark. Those incidents occurred too often against Southampton.

In this example, Fred receives under moderate pressure and uses his first touch to release. His outswinger is slightly too high and behind Shaw, which makes it difficult to receive and leads to United losing possession. At this point in the move, a non-trivial back pass to Harry Maguire (left of the back three) is his only other realistic option to keep possession, and thus this is a reasonable decision that was simply poorly executed:

Similarly here, Fred recognizes that he can horizontally stretch Southampton’s back line by using Shaw as an outlet with a diagonal, but his delivery is too far forward and underhit, making it relatively easy for Tino Livramento to intercept. This is a pretty good example of what tends to go wrong with Fred’s long range passes:

The next type of play is very common with Fred, where he does excellent work to press and win the ball in a potential transition situation, but his final ball isn’t good enough to punish the opposition. The pass is difficult because Livramento and Stephens both engage very proactively, but Fred still visibly underhit the ball. Of all Fred’s failed passes in this match, this is the only one that directly prevented United from creating a goalscoring opportunity:

There were also these two simple and silly errors where Fred passed the ball out of play:

The next example was the first I saw where I felt Fred made the wrong decision. Martial was not in an optimal position to receive the pass Fred chose to make even though his execution was good. Instead, Fred should have passed to Pogba, a better option on the far side of the pitch:

We’ll conclude with another poor decision, where Fred has a number of obvious options in transition but plays a bizarre speculative pass. This could have been intended for either Shaw or Pogba but the execution makes it unclear. If executed well, Shaw could have been a good decision, but the easier option here would be a quick lateral pass into Matic, who is in acres of space. Passing to Matic would have forced Southampton to shift their defence across and could have created a number of progressive options across the pitch:

So… what does this all mean?

The point of this exercise was to highlight actions that occur in Fred’s game on a weekly basis, as well as expectations for his role in possession, and apply those principles to his performance against Southampton to find notably positive or negative contributions. The examples given here demonstrate that Fred played a progressive game in possession, but also gave the ball away carelessly a number of times. Of all the giveaways highlighted in these clips, which I chose specifically as situations in which Fred could have done better, only one directly denied United from creating a scoring chance in the final third, and none happened in positions that created a transition for Southampton.

That’s not to say that losing the ball in general is a meaningless event. An excessive amount of innocuous ball losses in the middle third is obviously still not good, especially if compounded with an overall lack of progressive and creative passing. Fred progressed the ball a lot- completing more progressive passes relative to minutes played than every starter except Matic and Fernandes- but also gave the ball away more than every United player who played more than 20 passes except Fernandes and Greenwood.

Ultimately, I would describe Fred’s performance in possession as inefficient. He mostly made the correct decisions on the ball and completed some excellent progressive passes that started attacks for United, but also gave the ball away more than other players in the side. This type of performance isn’t infrequent in Fred’s game either.

But while frustrating and not by any means a positive, Fred’s erratic and inconsistent passing was still not one of United’s biggest problems; an inability to consistently build from the back, being familiarly targeted on the right side of the pitch, the lack of presence on the last line in attack, and in the later stages, a lack of intensity when trying to take control at 1-1 ended up being more prevalent themes.

Fred is United’s most important deep-lying midfielder because he offers a level of progressive passing that isn’t in McTominay’s game, a level of ground coverage that a 33-year-old Matic cannot match, and a level of agility and intensity that United’s larger midfielders simply don’t have. Until United replace him (which, for already-stated reasons, should occur after they replace his first-choice partner), he will play every week.

As far as I’m concerned, he shouldn’t even have been substituted. United’s last major period of dominance ended at the 68th minute and Fred was substituted at the 76th, which means that struggles late in this match began before he was swapped for McTominay. However, I still believe McTominay should have instead replaced Matic to increase the intensity in the final minutes of the game, and removing Fred also removed any hope United might have previously had of restoring dominance in the match.

Fred isn’t one of United’s best players, but he also isn’t one of their biggest issues, and he is extremely valuable and important especially given the lack of suitable alternatives within the squad. Criticism is fair, but it doesn’t make sense to scapegoat him for a performance which was mostly problematic in ways that didn’t impact United’s most pertinent tactical issues on the day.